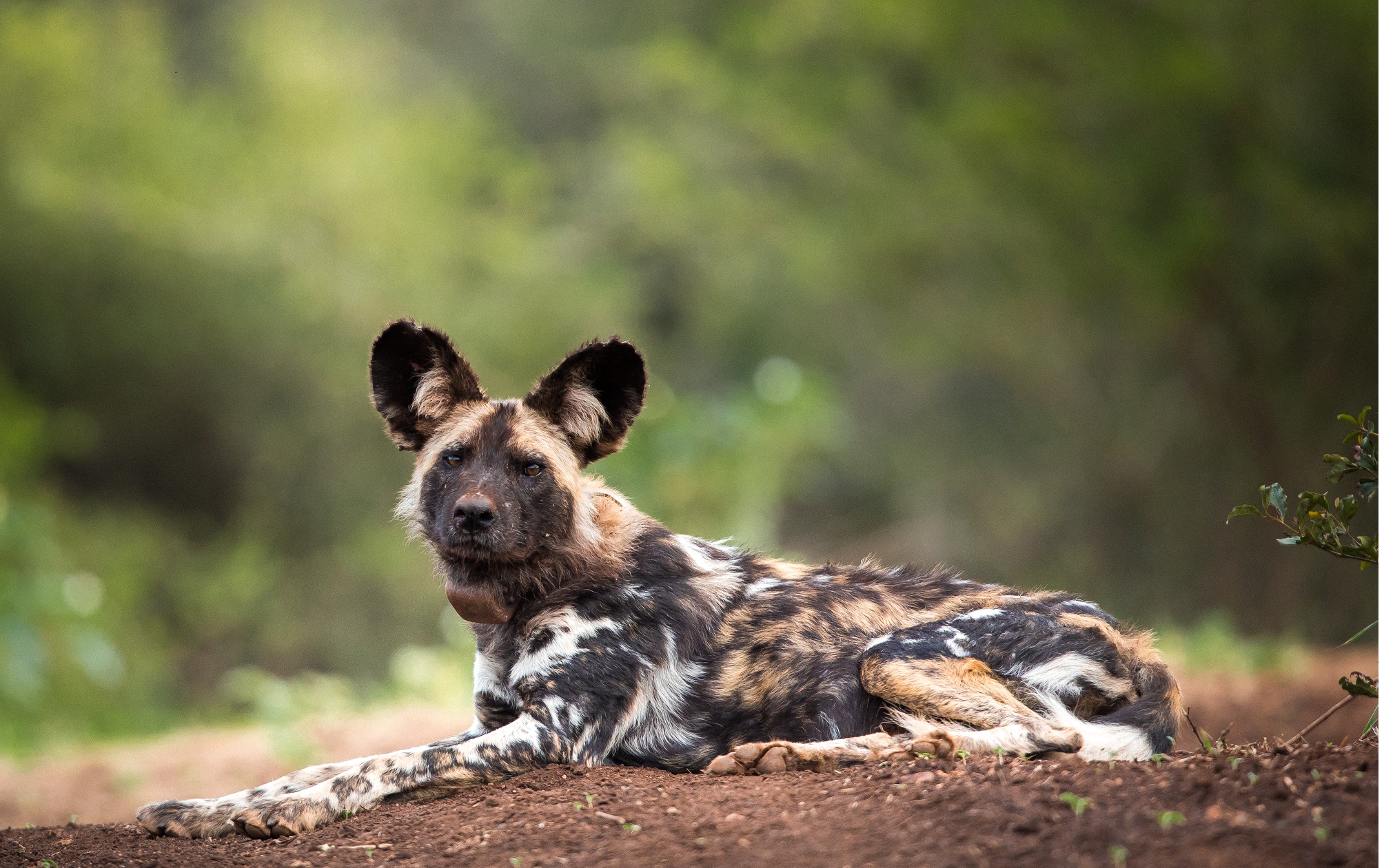 Somkhanda Game Reserve, a 12000-hectare community owned reserve situated in the heart of Zululand, KwaZulu-Natal, South Africa, is home to lion, black and white rhino, African wild dog and African elephants. These Big 5 animals are sadly on the IUCN Red List of Threatened Species due to poaching, human-wildlife conflict, poisoning and habitat loss. It is for these reasons that they are listed as either near Threatened, Vulnerable, Endangered, or Critically endangered. Added to these threats, the Covid-19 pandemic has further exacerbated their fate as rangers have lost their jobs due to loss of funding and with the tourism industry grinding to a halt, reserves in South Africa have had to look for alternative ways in which to fund the salaries of the rangers as well as protect the wildlife on these reserves. Somkhanda also protects some of South Africa’s rare biodiversity, namely the Lebombo Cycad (Encephalartos leboboensis) which is also on the IUCN Redlist as endangered.

Somkhanda lies within the Zululand Key Biodiversity Areas (KBA) and Important Birds and Biodiversity Areas (IBA) and forms an important link in the Zululand Conservation Corridor linking private reserves with privately owned land as well as National (Pongola Nature Reserve) and International Reserves (Royal Jozini Big 6). As such, it forms part of the Lubombo Transfrontier Conservation Area, making this a unique biodiversity hotspot an emergency case that beckons to be protected.

WILDLANDS, a programme of the WILDTRUST recently secured a Rapid Action Grant through the IUCN Save Our Species African Wildlife initiative, co-funded by the European Union (EU), which will see a rapid transformation of technology used by the game rangers to boost the protection of this protected area and species. Furthermore, through this funding, the rangers employed on the reserve will continue to be employed as they support over 300 dependants in the local community.

Through this funding, the anti-poaching unit on Somkhanda have been upskilled and trained to use the Vulcan EarthRanger system for their monitoring and patrolling duties. This smart new technology integrates and displays all historical, real-time data, spatial information, and other threats available from a protected area, on a handheld GPS-enabled mobile device. The EarthRanger system empowers the reserve managers and rangers to take immediate, proactive actions to prevent and mitigate threat incidents.

Meiring Prinsloo, Somkhanda Reserve Manager commented, “this state-of-the-art monitoring and patrolling system, greatly enhances our situational awareness across the entire reserve and enables us to direct our boots on the ground more effectively. It is like having your finger on the pulse of the reserve security at all times, which is crucial in allowing us to effectively protect our wildlife and biodiversity.”

What this grant funding aims to achieve is multi-faceted as it will support the salaries of the rangers which have been heavily affected by the loss of income due to the Covid-19 pandemic halting the tourism activities through which the reserve depended. The reserve hopes that through the implementation of this EarthRanger technology, the rangers will be more efficient in their duties of monitoring and patrolling the reserve which will enable them to safeguard the wildlife and biodiversity, further enabling them to protect priority species on the reserve like the black and white rhino, the African wild dog, lion and elephant.

According to Dr Roelie Kloppers, CEO of the WILDTRUST, “the beauty of this technology is that rangers can capture valuable data on priority species, the state of biodiversity, incursions and general census data as part of their regular patrols. Moreover, it greatly increases the skills and job satisfaction of our rangers, as their routine fence and security patrols now plays a more significant role in collecting data on the status of biodiversity health in the reserve.”

The real results of this new technology are yet to be realised but Somkhanda Game Reserve have projected that should this system yield the expected results, the rhino population numbers will increase, all priority species monitoring will be greatly improved and wildlife crimes will be averted.

This publication was produced with the financial support of the European Union through IUCN Save Our Species. Its contents are the sole responsibility of WILDLANDS, a programme of the WILDTRUST and do not necessarily reflect the views of IUCN or the European Union.