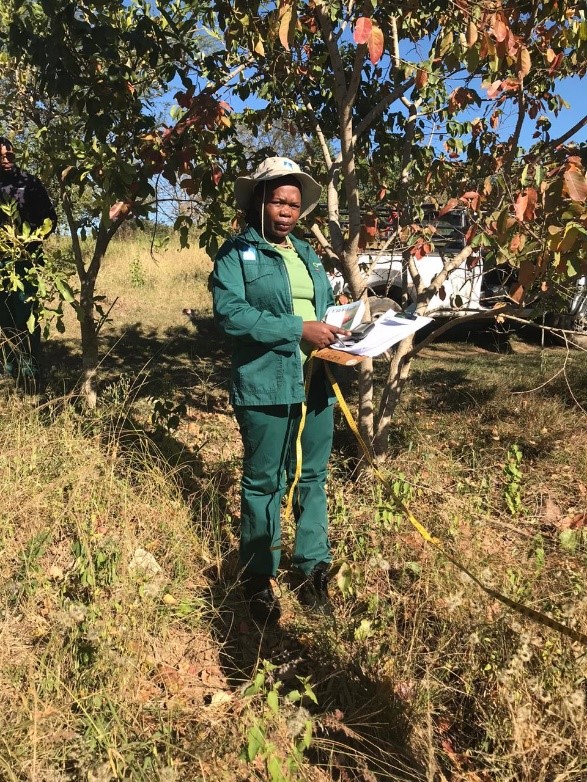 It is well known that indigenous forests play a major role in mitigating climate change as they sequester greenhouse gases out of the atmosphere. The Buffelsdraai Landfill Site Community Reforestation Project was born in a bid to offset a portion of the Greenhouse gases emitted during the 2010 FIFA World Cup TM event hosted by the City of Durban.  In recognition of the carbon sequestration potential of the project, in 2014 the Buffelsdraai Landfill Site Community Reforestation Project attained a Gold Standard Afforestation/ Reforestation validation from the Community, Climate, and Biodiversity Alliance (CCBA) for its outstanding benefits to climate change adaptation and mitigation, biodiversity, and socio-economic upliftment of local communities. The CCBA Standard provides a means of auditing the socio-economic and biodiversity aspects of terrestrial based climate change mitigation activities.

The Buffelsdraai anticipated that carbon sequestration of aboveground woody carbon would be achieved through the mass scale planting of fast-growing indigenous trees. Initial project designs showed that 42 214,0 tCO2e of aboveground woody carbon would to be sequestered over the 20-year lifespan of the Buffelsdraai project.  By 2020, it is anticipated that 55,69 percent or 23 507,1 tCO2e of the total carbon pool would already be sequestered by the onsite planting activities.

When initially estimated a linear rate of carbon sequestration potential was employed, but in reality, the carbon sequestration rate does not occur at a constant over a 20-year period and thus field measurements and monitoring is required for validation purposes.  Due to the rigorous fieldwork associated with the carbon stock assessments, a local SMME, Philile Dladla, was appointed by Wildlands Conservation Trust, the project implementing partner to provide ongoing field research support to the project. An initial forest carbon inventory monitoring training was conducted by the Cirrus Group on site. To maintain the Gold Standard accreditation from the CCBA, carbon stock measurements, must also be routinely measured every 5-years.

In summary Philile Dladla is responsible for capturing aboveground forest inventory measurements on site that includes plot number, tree diameter at breast height (DBH), tree height, tree species identification, slope and aspect which are systematically captured for twenty random plots within the thirty management blocks on site. In addition to the aboveground forest inventory monitoring measurements Philile Dladla also undertakes field measurements of Woody Invasive Alien Plant Species, collects data on the bird inventory for site amongst various others. Once the data collection process is completed for the aboveground forest inventory measurements, allometric equations will be used to estimate biomass from individual tree diameters and be used to calculate the total biomass for each plot and management block which will then be used for estimating the carbon sequestered at the end of 2020. Once analysed the aboveground woody carbon data will also be used to provide more accurate estimates of the amount of carbon sequestered by the project over its 20-year lifespan. The data will also be used to provide specific information on the variability of biomass accumulation and carbon sequestration potential of individual tree species and habitats occurring on site. This is especially since the DBH and height of trees collected will show different size classes due to the annual planting regime that occurred early in the project.