Back to the WILD – A story of orphaned rhino 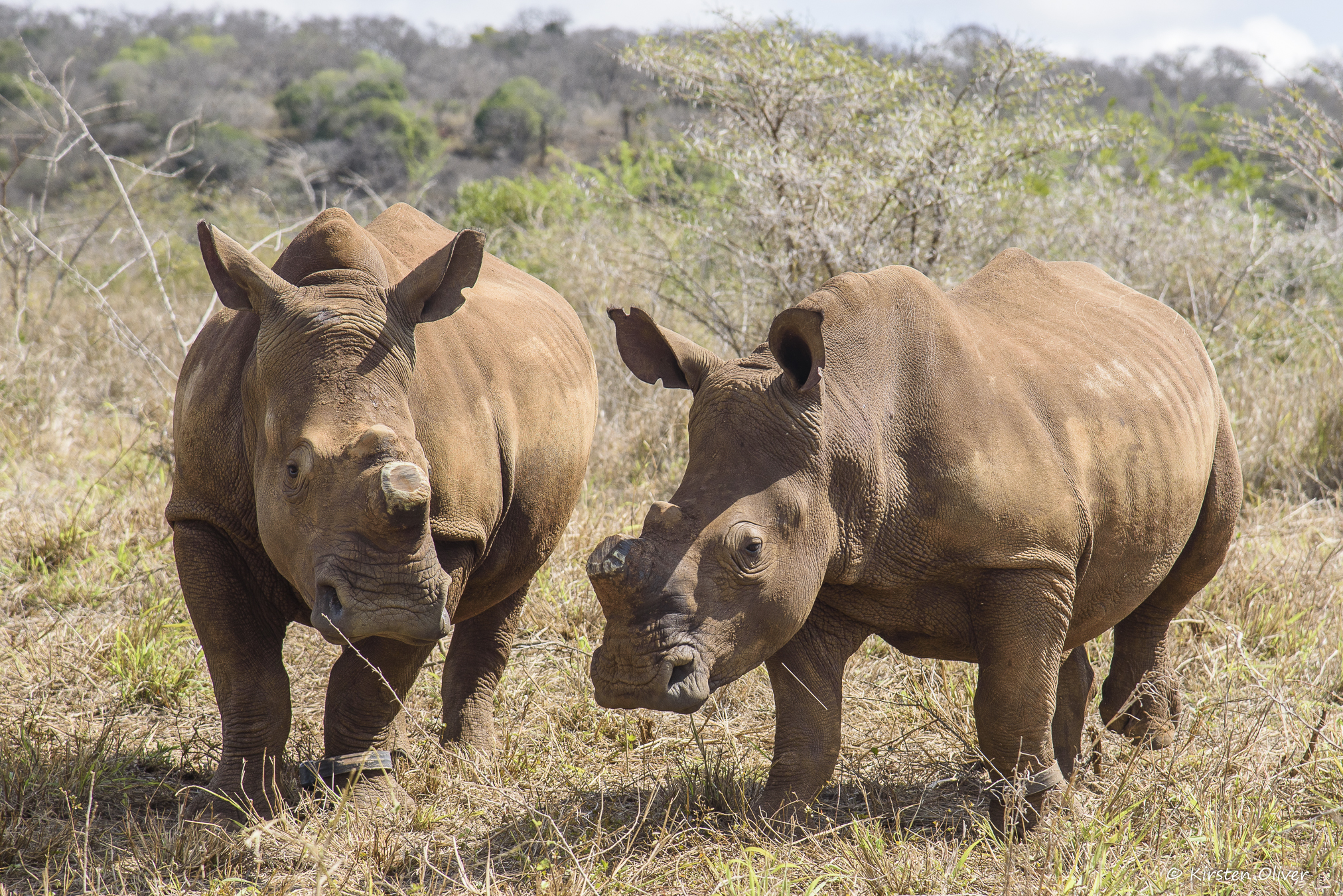 Somkhanda Community Game Reserve, co-managed by WILDLANDS – a programme of the WILDTRUST, will for the first-time release two white rhino orphans back into the wild, giving them a second chance at a normal life.

Makhosi (4 years old), who was named by the Zulu Royal family and Mpilo (3 years old) or Ncenga iMpilo in full, a name he was given by the Emvokweni Community Trust, who own and manage Somkhanda, which means fighting for life, have been undergoing rehabilitation at a Rhino orphanage and are now able to be released back into their natural habitat.

Makhosi was the first to arrive at the orphanage in 2016 when the drought that swept over the country left her severely dehydrated and malnourished. Two years later, she was joined by Mpilo when his mother was brutally killed by poachers at Somkhanda when he was only 9 months old.

“Rehabilitating the two calves was not an easy task as rhino are highly dependent on their mothers for the first few years of life, but the team of staff at the orphanage are excited that we have finally reached the stage when we have to let them go back into the wild, where they belong. This is a proud moment for us, this is our mission, and this is what we strive for. Mpilo and Makhosi can finally go back in the wild and begin to contribute back to the wild white rhino populations in South Africa,” added Megan Lategaan who leads the rehabilitation team at the orphanage.

Having survived incredibly tragic and traumatic experiences the two calves formed an inseparable bond and a strong companionship with one another as rhino are incredibly social animals. Releasing them together will ensure that they are happy, healthy, and confident so this process is as closely replicated to what they would have done naturally in the wild. Releasing them together as a pair, gives them that much more confidence as they can then draw on each other’s strengths.

WILDTRUST CEO Dr Roelie Kloppers said, “Since 2007, when rhino poaching saw a sudden and dramatic increase, it has been taxing on all involved to stay motivated and believe there is light at the end of this dark tunnel fuelled by international greed and crime syndicates. Mpilo and Makhosi’s story helps us all remember why it is important to keep our faith and continue to support rhino conservation against this onslaught. We are all looking for good news and a happy ending, especially in a crazy year like 2020. We are extremely grateful to everyone involved in making this return to the wild possible, and hope to tell many more positive and inspiring stories of our wildlife bouncing back in the face of adversity.”

“In preparation for their release the two rhino were dehorned and then habituated in a boma at Somkhanda for over a month, all human interaction and contact was completely stopped and their safety was closely monitored by wildlife rangers and the anti-poaching unit at the reserve to ensure that no harm comes to them until they are ready to go back into the wild,” added Meiring Prinsloo, Reserve Manager at Somkhanda.

Translocating wildlife is a costly activity that requires a lot of financial support and the most experienced logistical support. Moving the rhino back home to Somkhanda was made possible through a generous donation by Albus Environmental and the Aspinall Foundation. Dereck Milburn, Regional Director at Aspinall Foundation said, “If we are to succeed, conservation needs more success stories like this. Where communities play a significant role in protecting our endangered species.”

The team from Conservation Solutions were on the ground to offer logistic and veterinary expertise ensuring that the animals were safe and endured minimum levels of stress during the translocation. Kester Vickery of Conservation Solutions comments, “The fact that two orphan rhino, Makhosi and Mpilo are alive today is a testament to the care, dedication and collaboration between the conservation staff at Zululand  Conservation Trust and Somkhanda Community Game Reserve. Given the current poaching pressure facing the white rhino population in South Africa, every animal is important no matter the cost or effort involved. The release of these orphans back into the wild at Somkhanda really is a story of hope and certainly a step closer to securing the future of these iconic animals.”

Makhosi and Mpilo are a true example of how a tragic beginning can have a positive ending.

Should you wish to have an interview with our conservation team, please contact Buyi Makhoba-Dlamini at Buyisiwe@wildtrust.co.za or call 081 413 7902