Overuse of our Oceans 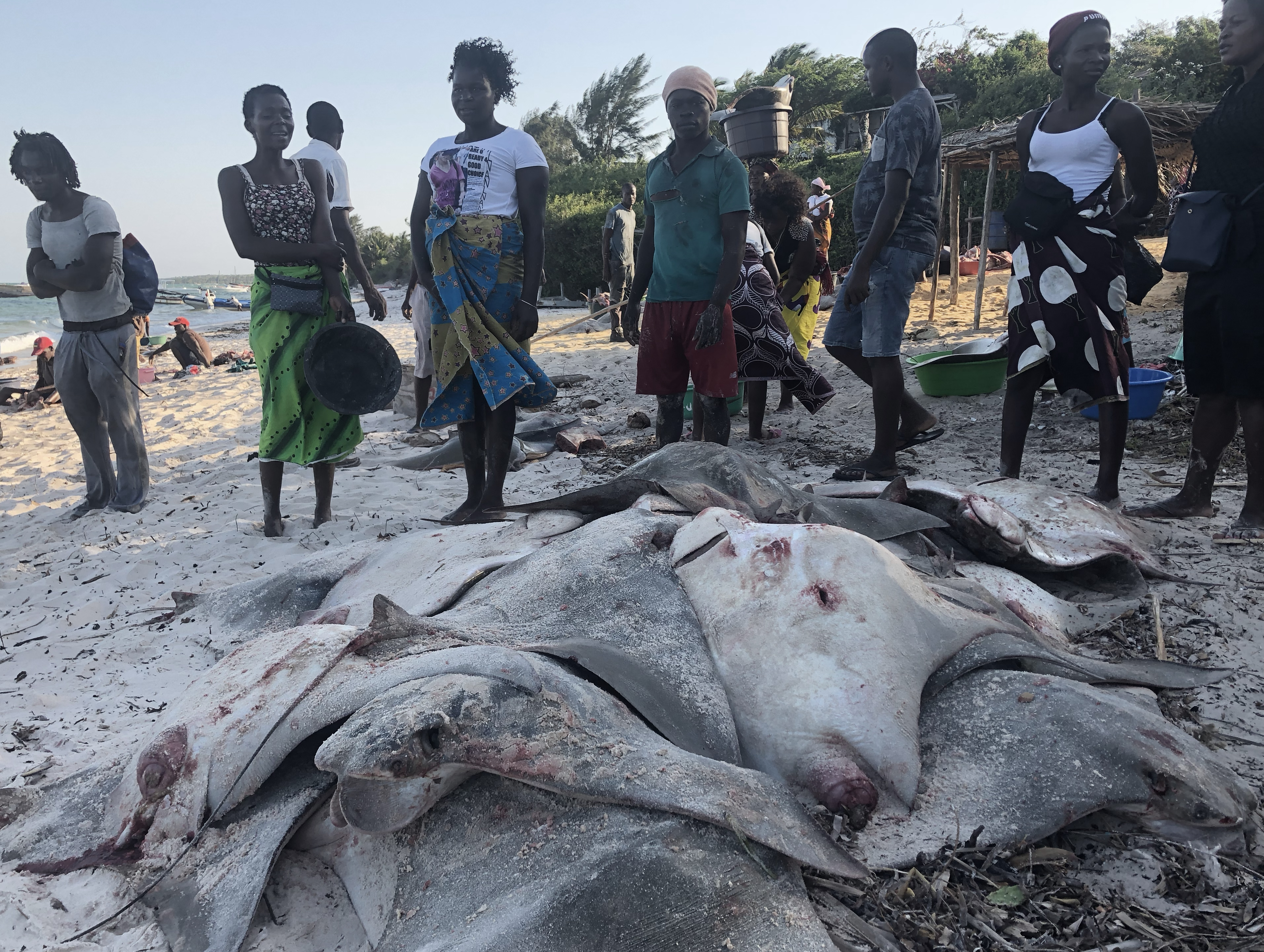 At a press conference held in Johannesburg, South Africa last week the issue of overfishing and overuse of ocean resources was unpacked with a specific focus on the Western Indian Ocean (WIO).

WILDOCEANS, Wildlife Conservation Society (WCS) and TRAFFIC collaborated on a presentation given at the conference with a specific focus on overfishing linked to sharks and rays.

Rhett Bennett, Shark and Ray Program Coordinator for WCS presented the issue to the press saying: “Sharks and rays perform important ecosystem services as apex and meso-predators and provide income and protein in many fisheries. As human populations and demand for marine resources increase, more and more fish stocks become overexploited and sharks and rays are increasingly being targeted, for meat, fins, liver oil and other products. However, sharks and rays generally have very low reproductive capacity, with late maturity and few offspring, making them highly vulnerable to overexploitation.”

“With over 200 species, the western Indian Ocean (WIO) is considered a global hotspot for shark and ray diversity, with a core in southern Mozambique and north eastern South Africa. However, the WIO suffers intense fishing pressure and overexploitation in industrial, commercial and artisanal fisheries, which operate in almost all habitats using a diversity of fishing gears, some of which are illegal,” said Bennett. “These fisheries have significant impacts on sharks and rays and, consequently, 27% of elasmobranch species in the WIO are now threatened with extinction, according to the IUCN Red List of threatened species. These species require urgent conservation and management intervention, but this is impeded by significant gaps in ecological, biological and fishery information and limited protective legislation.”

“There is an urgent need to address the problems that are driving our sharks and rays to extinction,” Dr Jean Harris of WILDOCEANS said, adding that “hope was not yet lost.” She said that in South Africa WILDOCEANS was working with government and civil society to address these challenges. “But we need far more sanctuary areas for sharks and rays, especially places that they aggregate to breed, and nursery areas.”

“We need increased surveillance. And, of course effective enforcement. Not just arresting poachers, but the resources to detect and prevent illegal fishing in the first place.” Dr Harris said the number of fish caught by any group — including local people who rely on the sea for food — must be sustainable. And she called for an immediate review of “foreign fleet agreements” in the western Indian Ocean region.

“We have EU and Asian vessels fishing working in African waters, some licensed and others not. We need an audit of how this is impacting our region’s stocks and the impact on biodiversity, especially where unselective methods like long-line fishing and net trawling are used.” Dr Harris was especially critical of EU fleets working in African waters. “These companies are subsidised from Brussels and come here because they’ve already depleted their own stocks.”

She said there needed to be “a reassessment from top to bottom” of the fishing industry and its impacts on biodiversity and food security in Africa.

“Fish and marine creatures including sharks, turtles, even dolphins are being removed from the sea in tons, often as unwanted by by-catch, and some of our species will vanish altogether in a very short time unless action is taken now.”

“If these were rhinos or elephants, there’d be an outcry, and rightly so. But some of our marine species are just as endangered and being killed in far greater numbers,” said Harris.

President and CEO of Ocean Unite, Karen Sack said: “Illegal and illicit fishing has been a scourge impacting Southern African waters for decades and is multi-billion-dollar organized crime.  It threatens law-abiding fishers, devastates habitats and species – especially vulnerable species like sharks, and deceives responsible retailers and well-meaning consumers alike. There are clear links between illegal fishing, people smuggling, human trafficking and the illegal drugs and gun trade which means that it is a national security as well.  Governments need to work together to counter illegal fishing, particularly through joint monitoring as well as openly sharing vessel information and data, creating a more complete and interconnected picture of fishing occurring in national and regional waters and across our global ocean.”

“Transparency is a powerful part of the solution to combating illegal, unreported and unregulated fishing, which represents a grave threat to fish stocks, and the well-being of fishing communities.” said Tong Long, CEO of Global Fishing Watch. “Where countries publicly share their vessel data we can create a more complete picture of fishing activity. Law-abiding fishers are tracked easily and openly, demonstrating their compliance. Rogue operators stand out due to their patchy track record or suspicious behaviour. With greater transparency, nations have a more cost-effective way of monitoring vessels that puts the burden on fishers to demonstrate compliance rather than on the country to prove illegality.”