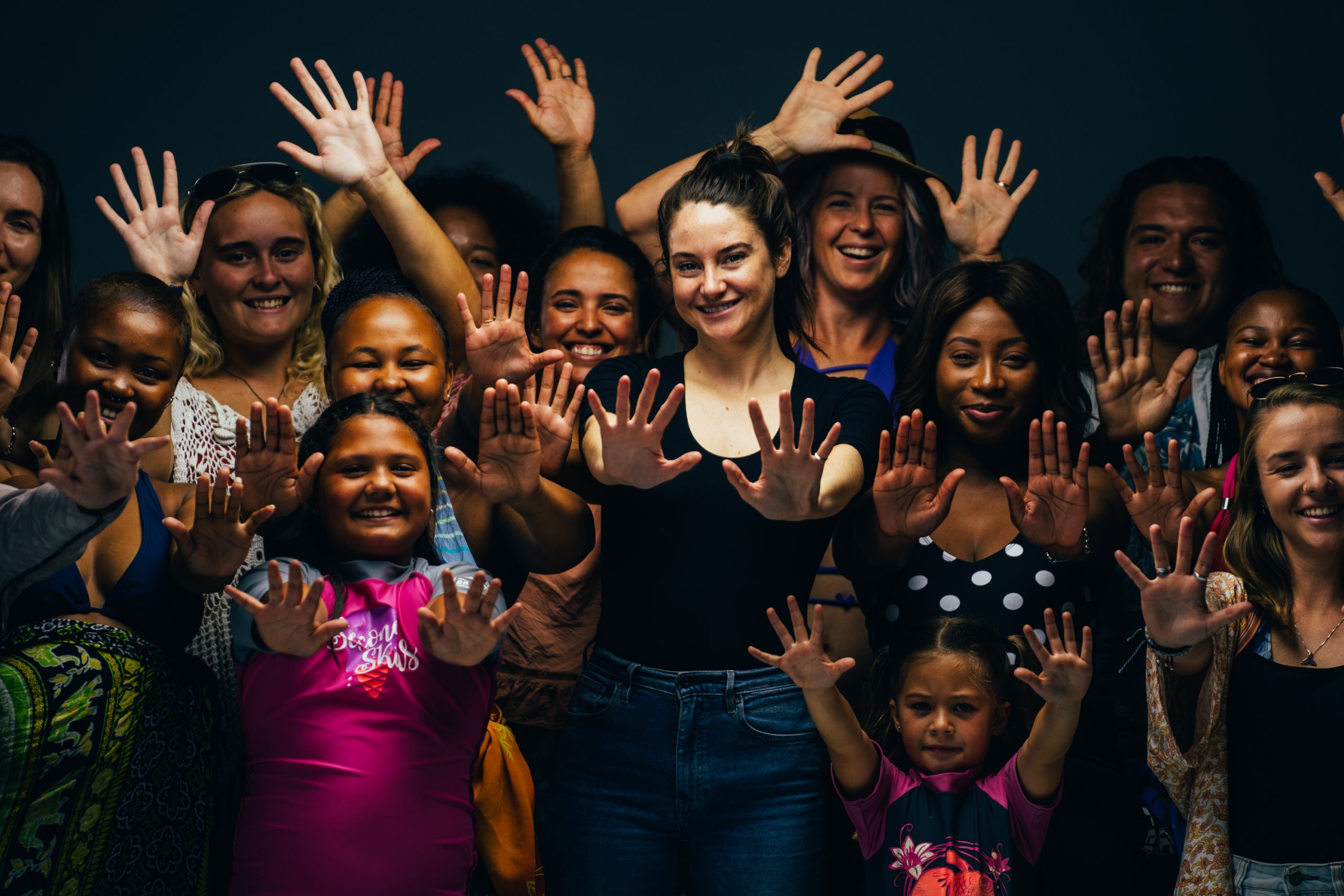 Environmental advocate, actor and Ocean Unite Network member Shailene Woodley recently gave of her energy, time and passion to a cause close to her heart: promoting the conservation of South Africa’s oceans. Woodley added her voice to those of South African divers, surfers, paddlers, fishers and marine scientists to highlight all there is to love about the ocean, and why it needs to be conserved and protected.

Until October 2018 South Africa only had 0.4% of its oceans protected. The South African government then acted to increase the area of ocean protected so that today, 5% of its ocean space is designated as safe havens for marine life within Marine Protected Areas (MPAs). But WILDOCEANS (a programme of the WILDTRUST) and many others are advocating for even more given the consensus of international scientists that at least 30 percent of the ocean should be highly protected.

“Working with Shailene was an honour and privilege, and her advocacy and passion for the ocean was unmistakeable,” said WILDOCEANS’ Ocean Impact Campaign Lead, Lauren van Nijkerk. “Supporting the commitments of our government we are striving for 10% marine protection by 2020 and 30% by 2030. These steps are required in order for the ocean to keep giving us what we continue to take out.”

Woodley talks about what the ocean means to her: “The ocean is home to me; I think I learnt how to swim before I learnt how to ride a bike. The reason why I feel so called to the ocean, is that I have never met a better teacher. She is therapy. She doesn’t allow you to think too hard, she forces you to be very present, and I think that’s something that’s missing in our lives. The reason I use the word ‘she’ when describing the ocean is, I feel she is feminine in her nature and her essence.”

“I feel like the ocean demands a presence that is lost in today’s society,” said Woodley. “It’s very easy to get wrapped up in our minds and our egos, and what could be and what should be. She is a constant reminder to me that if you want to live a life that is truly in service to the earth, to others, and to yourself, you have to be available and open to listen. It’s important to have desire and be driven, but underneath all of that, it’s important to just listen.”

“There is so much about the ocean that we don’t know. When it comes to the species that live there, the marine life, the inter-connections and communications that happen, because it is a frequency our human bodies simply cannot live in. That to me is fascinating, and something worth protecting until my last breath.”

Ocean Impact Youth Spokesperson, Ruth Mthembu featured in the clip and said: “Working with an ocean loving, award-winning actor like Shailene Woodley, not only made our entire year but it showed the passion that many young people share around the world – a love for our oceans and a desire to protect it, which transcends borders, cultures and languages. Our oceans are as South African as we are, and we need to protect them as much as we depend on them.”

Karen Sack, CEO of Ocean Unite, a key partner of WILDOCEANS which aims to unify, amplify and engage key voices at the moments that matter most for the ocean, said: “2020 is a critically important year for ocean protection on the water and in the corridors of power. It is when the UN’s agreed target of protecting 10 percent of the ocean matures. Countries also will gather in China in October to agree on marine protection targets for 2030. A global alliance of countries are showing great leadership by supporting the 30 percent marine conservation goal and it is absolutely time for South Africa to climb aboard and set sail for greater ocean protection action.”

“I’m fighting for our oceans because if we don’t no one will and that’s the end of the story. Every single living creature on earth would not survive without a healthy, functioning ocean,” concluded Woodley.