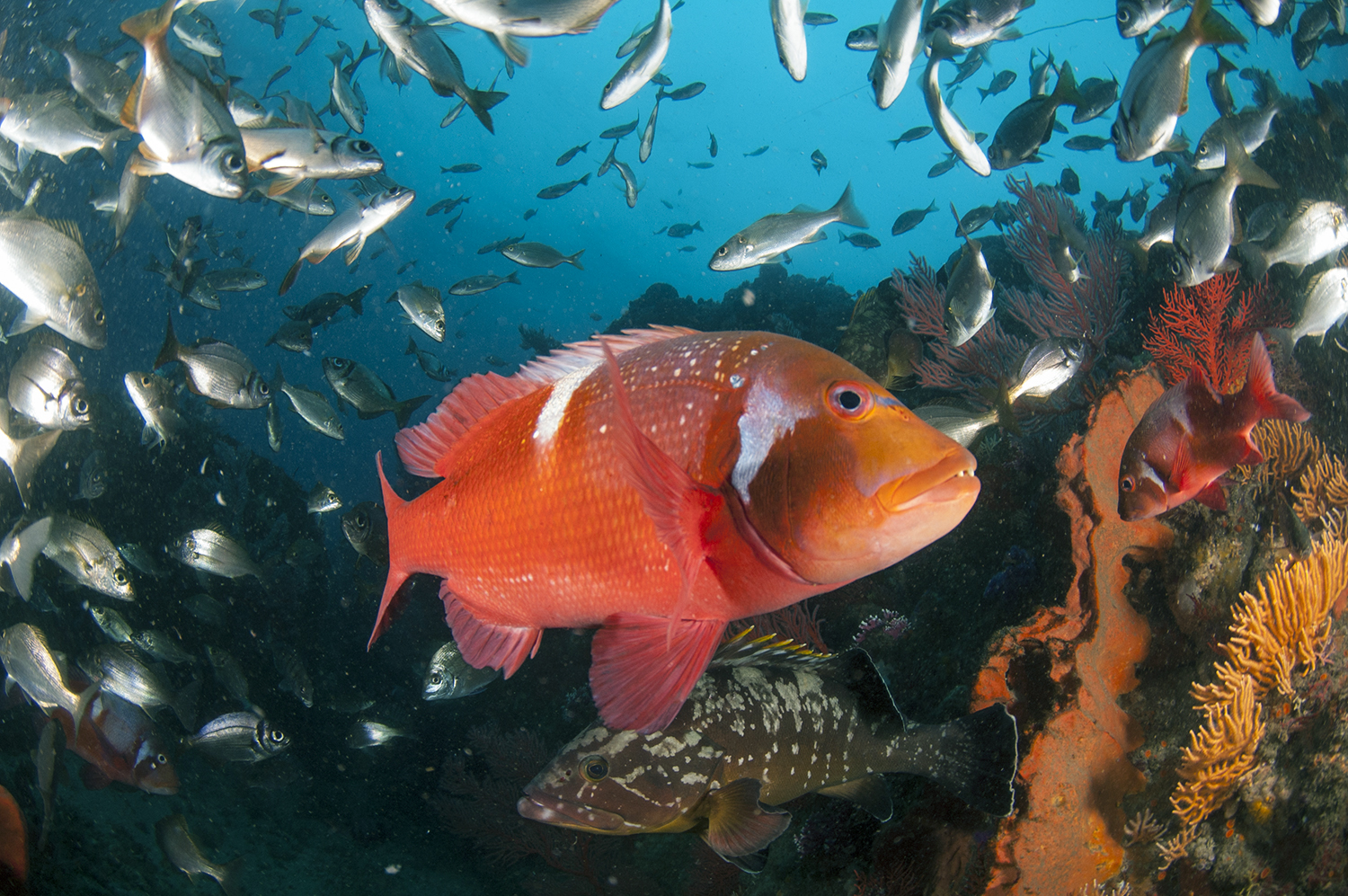 After an exciting “Name the Campaign” social media competition and just in time to amplify the excitement around the gazetting of 20 new Marine Protected Areas (MPAs) in South Africa – Ocean iMPAct officially launched last month.

Birthed by a coalition of organisations including WILDOCEANS (a programme of the WILDTRUST), Ocean Unite and WWF-SA, Ocean iMPAct hopes to help advance the protection of the oceans around South Africa within MPAs – part of a second phase of the MPA expansion project, with an overall objective to attain the global MPA target of 10% by 2020 – and pave the way for African states to support a global target of 30% strongly protected by 2030.

“Earlier this year we put out a call to the public to help name this new campaign, which builds on the successful ‘Only This Much’ campaign launched in 2018 when ocean protection was at a pitiful 0.4%,” said Campaign Lead, Lauren van Nijkerk. “The public were asked to submit an upbeat and positive, short, punchy and inspirational name that promotes the value of our oceans, profiles MPAs as our heritage and highlights why we need 10% – and ultimately 30% protection by 2030 for our oceans. A score of passionate and creative ocean advocates submitted their names and ‘Ocean iMPAct’ (with the MPA of ‘impact’ in capital letters) – an adaptation of a name submitted by Varsha Naidu Moodley was chosen.”

On Friday the 24th of May 20 new and expanded Marine Protected Areas (MPAs)announced by South Africa’s cabinet in October 2018 were officially gazetted, increasing protection from 0.4% to 5%.

Dr Jean Harris, WILDOCEANS Executive Director, said that this is a very important step for South Africa, and a credit to all the people who have worked so hard to implement the Cabinet decision to approve 20 new and expanded MPAs. “MPAs are an essential tool for ocean health. They protect the oceans and the resources people depend on from risks such as climate change, over-fishing and mining. We look forward to supporting government to achieve the effective management of these new MPAs, and in working towards South Africa’s commitment to reach the 10% CBD target by 2020. This is a critical moment in our journey towards the 30% ocean protection that science indicates is needed to restore and conserve the oceans.”

The Deputy Director General of the South African Department of Environmental Affairs (DEA), Judy Beaumont, who attended the launch of the project on World Oceans Day last year and gave a keynote address, welcomed the MPA expansion project. At an event in April this year, co-hosted by DEA, held to celebrate the achievement of 5% protection she spoke to the importance of the work to be done now to ensure that the new MPAs are effectively managed and adequately resourced.

The MPA expansion project, supported by Oceans 5, and a partnership between WILDOCEANS, WWF-SA and Ocean Unite, is now moving into its second phase to support the government’s commitment to achieve at least 10% MPA coverage for the waters around South Africa.

“We believe that the ‘Only This Much’ campaign played a significant part, working alongside responsible government institutions and with key civil society organisations, in helping to secure 5% marine protection in Year 1 of the project and aim to play a similar, supportive role this coming year in securing at least 10% in MPAs with the ‘Ocean iMPAct’ campaign,” said van Nijkerk.

Follow us on social media – @oceanimpactsa and join the movement to advance the protection of South Africa’s oceans.