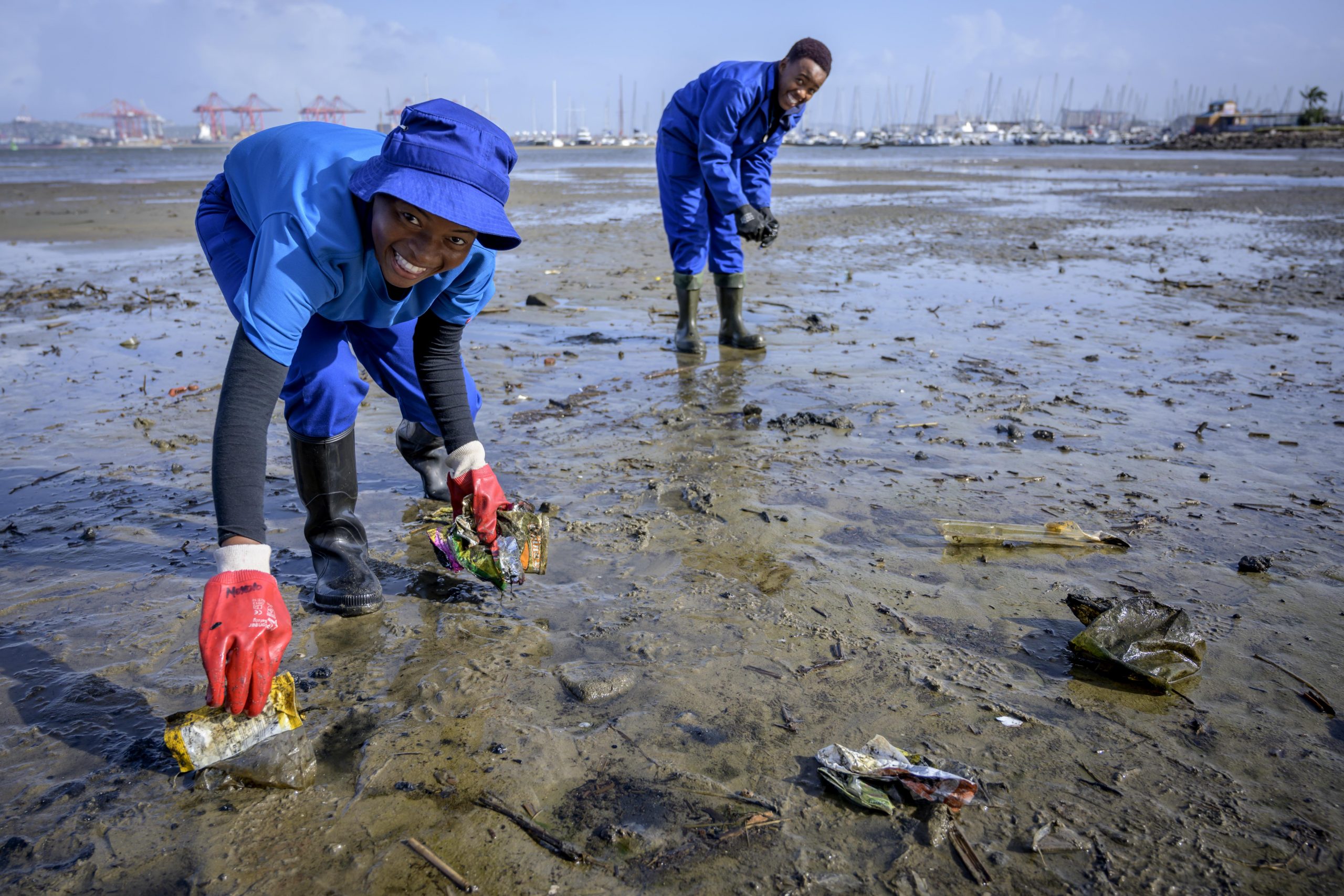 WILDOCEANS, the marine conservation programme of the WILDTRUST, recently received a funding grant from the International Union for Conservation of Nature (IUCN) Marine Plastics and Coastal Communities (MARPLASTICCS) initiative to launch a project that aims to explore alternative ways to stop plastic from making its way into the marine environment while creating youth employment opportunities.
Although marine plastic pollution is a global problem, it demands regional and local solutions that are tailored to the different sources and pathways of plastic flows into the ocean. With its Marine Plastics and Coastal Communities initiative – a project funded by the Swedish International Development Cooperation Agency (Sida), IUCN has extended this programmatic approach to the Eastern and Southern Africa and Asia Pacific regions.

Durban Port (KwaZulu-Natal, South Africa) is a modern, well-equipped and highly industrialized port and one of the busiest in Africa. However, the port also acts as a trap for plastic waste, carried along the rivers and storm water canals that flow into the port.

This initiative which officially began in November 2019, will be piloted within the Durban Port and will build on the already established Blue Port and Adopt-a-River projects and allow WILDOCEANS to trial plastic stoppage techniques in the port through core interventions. These interventions include innovative waste trapping at five sites, where additional low-cost technology interventions will collect as much surface plastic waste as possible.

Speaking about the project, Siraj Paruk Transnet National Ports Authority, responsible for the safe, effective and efficient economic functioning of the national port system said, “The project provides a great opportunity to mitigate the impact of anthropogenic activities within the catchment of the port and further contribute towards enhancing the resilience and ecological functioning of the estuarine system.

“This will take the Blue Port project to another level, unlocking new techniques to identify and stop plastic leakage, as well as encouraging youth employment and ultimately working towards restoring the Durban Port to a healthy functioning ecosystem. We have a lot to learn from the MARPLASTICCS initiative and hope that this is a partnership that leads to bigger projects in South Africa and the West Indian Ocean.”

Acknowledging the strategic partnership with WILDOCEANS, Peter Manyara, the MARPLASTICCs Project Coordinator for the Eastern and Southern Africa region added, “we very much look forward to the results of project which aims to strengthen local capacities and action to control plastic pollution. This project, implemented in parallel with similar actions in Kenya, Mozambique, Thailand and Vietnam will enable us derive important lessons on what works in reducing or avoiding plastic leakage at the local level, and also help us understand factors that help or hinder success or failure in implementing circular actions at a small scale. The lessons learnt will help inform other related leakage reduction initiatives in the Western Indian Ocean and elsewhere”.

In partnership with Nedbank, DOW, Youth Employment Services (YES) and Grindrod Bank, the Blue Port project has expanded on the successes of the Blue Crew, increasing intensity through larger teams of 51 YES Blue Port placements working year-round within the port.

“Through strong collaboration with Transnet National Ports Authority, the low-cost technology and ease of scalability, this project makes for a good case-study that can be replicated in other ports, not only in South Africa but in other developing countries across the South West Indian Ocean region and globally, many of which exhibit the same degradation as a result of similar stresses placed on their sensitive ecosystems,” Commented Kramer.

The objective of the EMP is to provide a new approach to management of the negative factors impacting the Durban port, including waste leakage, and provides a vehicle for cooperation, change and motivation for new appropriate solutions to these existing problems.