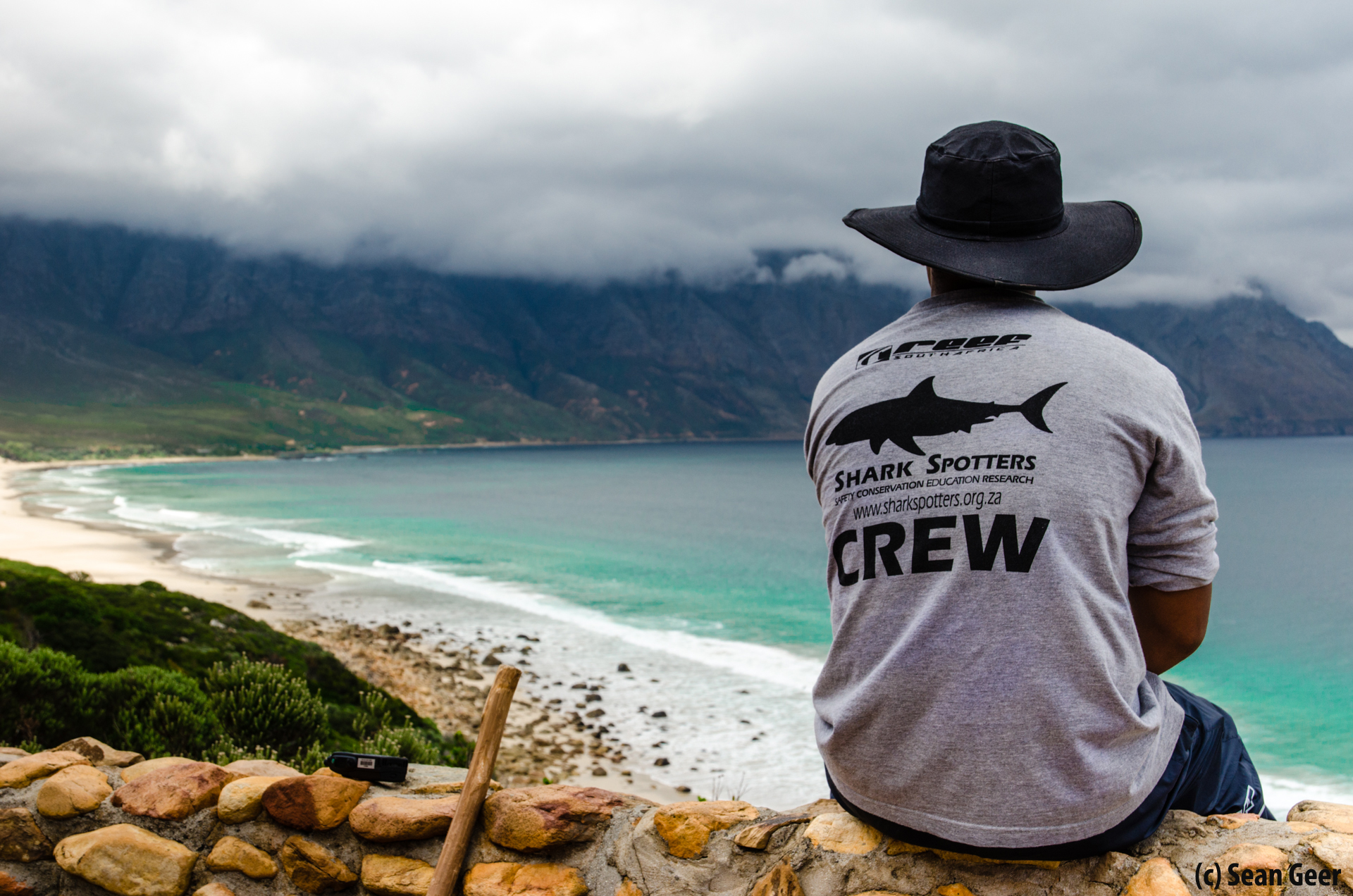 Sharks inhabit all five of the Earth’s oceans and can even be found in some freshwater rivers and lakes too. While this may be alarming to some people, it is important to remember that not all sharks pose a potential threat to people. There is an incredibly diverse range of shark species, from the smallest ninja lantern shark to the giant whale shark, and they all play an essential role in ecosystem function and resilience and help keep our oceans healthy.

Of the over 400 shark and ray species worldwide with around 200 of those in South Africa’s waters, only a small percentage are implicated in unprovoked bites on humans. Of these, only three species are responsible for most incidents, namely the tiger, bull and great white shark. These three species all inhabit coastal waters, which puts them in close proximity to us humans.

Many people have a disproportionate fear of sharks compared to the level of risk they face. However, no matter how small the risk, there is no doubt that shark bite incidents are traumatic events that have wide-ranging impacts on communities, local economies, and the environment.

For nearly 100 years, governments around the world have been looking for ways to manage shark-human conflict, to reduce shark bites and protect people. Historically, shark bite mitigation has involved lethal control of sharks. Lethal control includes sporadic shark hunts immediately after a shark bite, or long-term shark culls using methods such as shark nets and drumlines. Alongside this, some countries have chosen to ban all recreational water activities like swimming and surfing with permanent beach closures. These measures are often knee-jerk reactions that are not sustainable in the long run and often have significant environmental impacts.

Thankfully, following public pressure and improved knowledge of the importance of sharks in the oceans, there has been a shift in recent years to look towards sustainable, non-lethal shark mitigation measures, that protect both people and our marine environment. But what are these measures, and how effective are they?

Most sustainable solutions implemented by governments cover an entire beach, or portion thereof, and provide safety for multiple water users at once. These systems rely on preventing sharks and people from sharing the same space, what we call “reducing the spatial overlap”, and work by either detecting sharks close to shore, or deterring them from an area.

Several places around the world have shark detection programs in place to prevent human-shark interactions. These programs work as proactive early warning systems, alerting water users to the presence of sharks nearby and asking them to exit the water until the shark has left the area. In Australia, this is done using aerial patrols, whereas in Cape Town, South Africa, trained observers (shark spotters) are positioned at elevated vantage points scanning the ocean for sharks. Unfortunately, aerial patrols have been shown to have limited efficacy when it comes to beach safety, due to their low detection rates, and the short period of time they spend over a beach. The use of shark spotters has proven to be effective in Cape Town since 2004 however, they are also subject to some limitations, including the need for mountains or similar elevation close to the sea, the impact of weather conditions on spotting ability, and the potential for human error.

There are also several emerging technologies being investigated in the field of shark detection, including the use of drones for aerial surveys, as well as inshore sonar detections systems. Cleverbuoy is an Australian based company that has been developing a system with a string of sonar buoys across a beach that would detect any sharks that come past. The technology is still in the development and testing phase, and due to the dynamic nature of the surf environment, several challenges need to be overcome, however, the investment in novel technologies for shark bite mitigation is a promising step forwards for sustainable shark safety.

Perhaps the oldest forms of sustainable beach-wide safety measures in existence are those of exclusion barriers. These have been used since the early 20th Century in different styles and work on the principle of creating an exclusion zone that prevents sharks from entering a “safe bathing area”. Shark exclusion barriers are primarily non-lethal and are therefore different from traditional shark nets. Fixed exclusion barriers can be found in Australia, Hong Kong and Seychelles. Unfortunately, they are only suitable for relatively calm and sheltered bays as strong winds and swells easily damage them, and their repair and maintenance costs tend to be high. In South Africa, a unique design of shark exclusion barrier that is deployed and retrieved daily is in use at a beach in Cape Town and has proved to be very successful and cost-effective. By removing the barrier every day, it reduces entanglement risk and negates the need for costly repairs as if the sea conditions are not suitable then the barrier is simply not deployed, and therefore not damaged.

Recently, several new concepts for deterring sharks from an area have been explored. The KZN Sharks Board in South Africa is developing an electronic repellent cable that uses a low frequency pulsed electronic signal to disrupt the electroreceptors of sharks and deter them from an area. It is hoped that this non-lethal exclusion system will eventually replace the shark nets and drumlines currently in place along the Kwa-Zulu Natal coastline. Another South African product, the SharkSafe barrier, uses fake kelp containing rare earth magnets to create a visual and magnetic deterrence for sharks entering an area. Both of these systems are still in the development and testing phase and are not yet market-ready.

For those wanting to reduce their individual risk of encountering a shark several personal protective devices have been developed over the years, but how effective are they? Using everything from cryptic wetsuits to chilli powder, clever marketing has got nervous ocean lovers reaching for their wallets and spending stacks of cash on products with very little evidence to back up their claims that they can improve shark safety.

A 2018 study from Flinders University in Australia compared the effectiveness of five of the most popular personal shark deterrents commercially available for surfers including the Freedom+ Surf, Rpela, SharkBanz bracelet, SharkBanz surf leash and Chillax wax. These repellents use a range of different methods to deter sharks including electrical currents, magnetic fields and olfactory stimulants and were subjected to rigorous scientific testing on great white sharks at the Neptune Islands, South Australia. The results were worrying, with only one device, the Freedom+ Surf, seen to have a significant effect on white shark behaviour, and even then, it was only effective 40% of the time. All other devices had limited to no measurable impact on the sharks, even though they are often marketed as “100% proven” to keep you safe. This study highlights the challenges consumers face when looking for personal shark repellent devices and how strong marketing campaigns and celebrity endorsements can be deceptive when assessing which product to use. Instead, water users must search for peer-reviewed scientific research that supports a company’s claims about its products.

There are a plethora of possible sustainable alternatives to the lethal shark control measures governments have been using around the world for decades. Some of these are tried and tested systems with proven effectiveness, while others are emerging technologies, showing promise for future applications. However, there is no silver bullet, each beach, and each situation needs a tailored solution, and no strategy, whether lethal or sustainable, can ever guarantee 100% effectiveness.

Ultimately, there is one thing that all of us can do to reduce our risk of shark bite when entering the ocean, whether you are in Durban or Cape Town, Reunion Island or the Neptune Islands, and that is #BeSharkSmart. Being “Shark Smart” means learning safety tips on how to avoid encountering a shark, asking about shark activity when going to the beach and looking out for warning signs of the increased likelihood of shark presence in the area. These factors empower us to take responsibility for our own safety and make informed decisions around shark risk when entering the water, changing our behaviour accordingly.