WILDOCEANS and Ocean Champs Team up 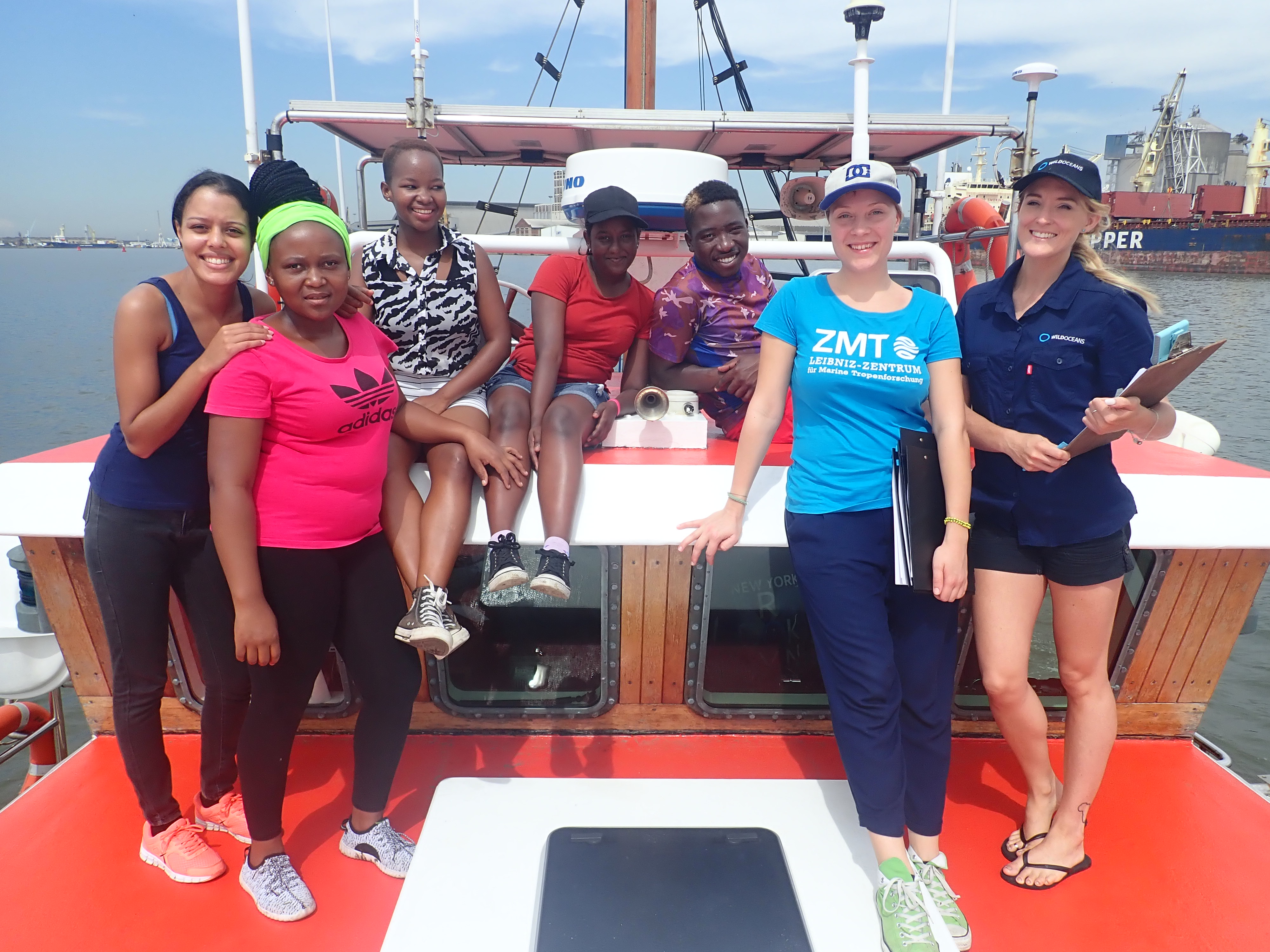 Climate change and pollution is a global issue and has a significant impact on the ocean. Conserving marine and coastal ecosystems is essential. Global issues tend to bring together like-minded projects spanning across continents. One such project is the Bremen-Durban Marine Environmental Education Network also known as Ocean Champs. This project is jointly implemented by eThekwini Municipality and the Free Hanseatic City of Bremen (Germany) as part of a climate change partnership between the two cities.

The partnership targets three groups, namely learners in grade 8 and 9, matriculated youth aged 18 to 25 and marine educators and school teachers. Being largely youth-focused the project strives to empower the youth to take an active role as “Ocean Champions” in the protection of the sea and the reduction of marine pollution which will ultimately influence the rate of climate change.

Last week WILDOCEANS facilitated, on board it’s research vessel the Angra Pequena, the implementation of one of the modules for the Ocean Champs project where the group has been learning about marine pollution. The group gained first-hand insights into how to obtain samples for data and analysed the samples collected on board the Angra.

The module is led by Anne Jager and Lara Stuthmann from the Lebniz for Tropical Marine Research in Bremen, Germany. “After completing my Master’s in Marine Biology, I looked at the importance of closing the gap between science and the general public. I wanted to give the knowledge back to the community and school children,” said Anne Jaeger. “I remember taking a trip to the Mediterranean Sea and collecting samples. Each sample contained microplastics. It was at that point where the idea to write a curriculum on microplastic pollution was birthed. This curriculum has been taught at a school in Bremen for half a year, to date.”

The experience of sharing knowledge is vital because there is much to learn from each other’s country in terms of the way marine pollution is dealt with. When asked if a project like the Ocean Champs existed before in Germany, Anne responded saying, “There is no project like this. Those who study marine ecology often go on to become scientists, but the approach used in South Africa is different. People who have no formal background in marine science are receiving training and in turn, are going back into the communities to educate people about marine pollution. These growing initiatives are needed. WILDOCEANS, as a service provider, has put this group in a really good position to learn about the marine environment, not just for themselves, but for the general public.”

A typical full day of training on the Angra Pequena for the Ocean Champs project started off with the collection of data through various ways; the analysing of the data followed by discussion, swimming, returning to the harbour, picking up litter and ending off with a nurdle hunt. “Co-facilitating this training, seeing their interest in marine science being piqued, and knowledge being imparted on a small scale, is a great way to encourage them to be champions of the ocean. It is also a way to increase the marine science cohort”, said Summer Newton, Ocean Stewards Coordinator at WILDOCEANS.