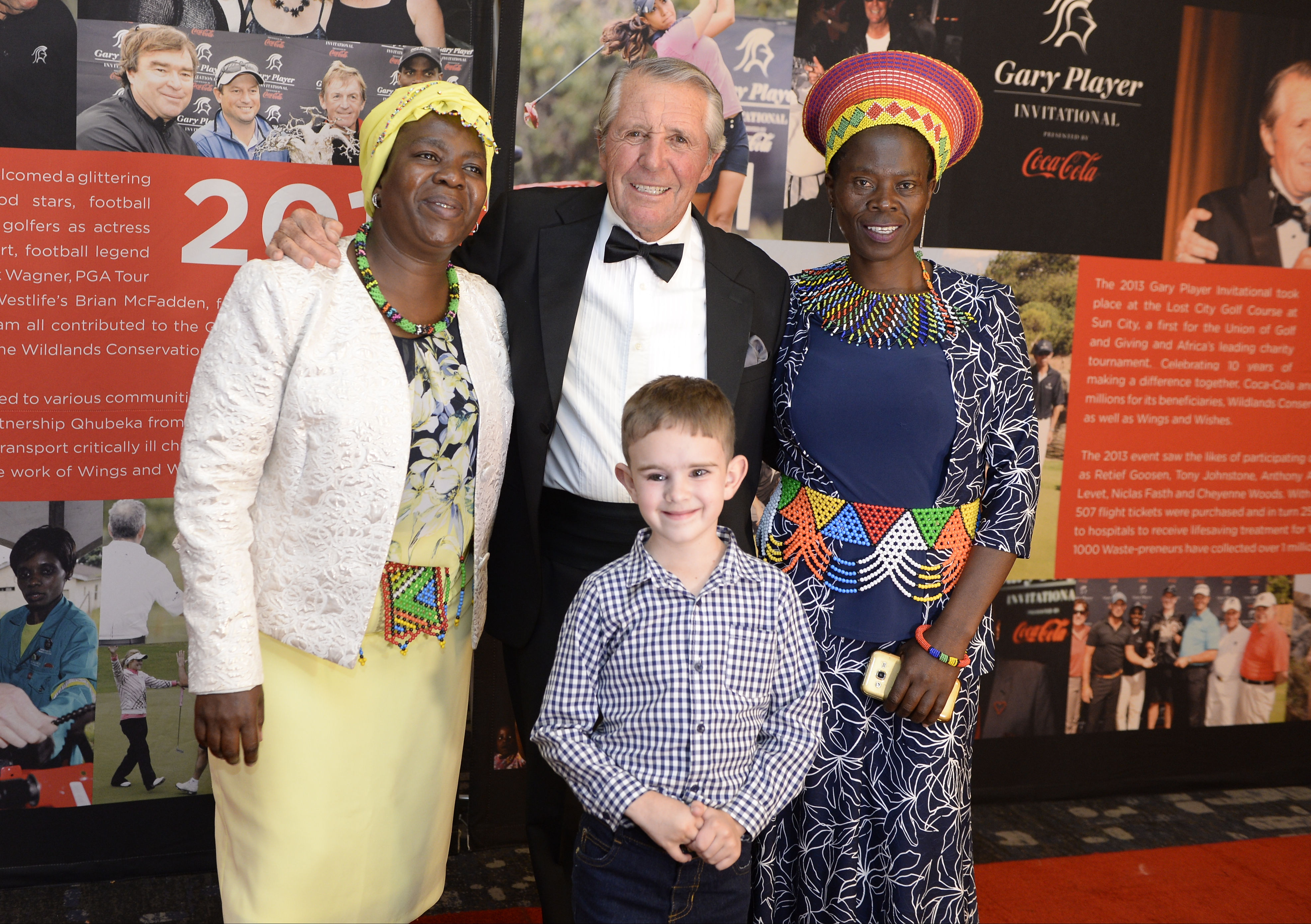 Sports stars, businesspeople and professional golfers came together this past weekend at the King’s Ballroom in Sun City for the Gary Player Invitational presented by Coca-Cola gala dinner and auction. It was another unforgettable evening as the “Union of Golf and Giving” raised more than R 2 550 000.00 for The Player Foundation’s beneficiaries, WILDLANDS and Wings & Wishes.

WILDLANDS is a leading environmental NPO that believes that working with and investing in disadvantaged communities is one of the most powerful ways to spur sustainable economic growth and development. With the support of the Gary Player Invitational presented by Coca-Cola, WILDLANDS have enabled the livelihood support of thousands of underprivileged women in South Africa through their collection of waste and growing trees.

Wings & Wishes is dedicated to transporting critically and chronically ill children to the lifesaving specialist medical care that they need. Since inception Wings & Wishes have provided 14 665 transport opportunities for sick and underprivileged children. With the support of the Gary Player Invitational presented by Coca-Cola, it is now possible for one sick child to be assisted every day.

The charitable auction is the main fundraiser of the Gary Player Invitational presented by Coca-Cola, with the top bid of the evening fetching R250 000 which will see the auction winner off to Japan to enjoy the ultimate front-row Rugby World Cup Experience in 2019.

“The generosity of our guests is remarkable. The commitment and kindness shown to the charitable efforts of this tournament and The Player Foundation’s goal of raising $100 million is simply fantastic,” said Marc Player, CEO of Black Knight International.

The evening was made extra memorable with a performance by former Westlife member, Brian McFadden, who made a special stop at the Gary Player Invitational during his solo tour in South Africa.