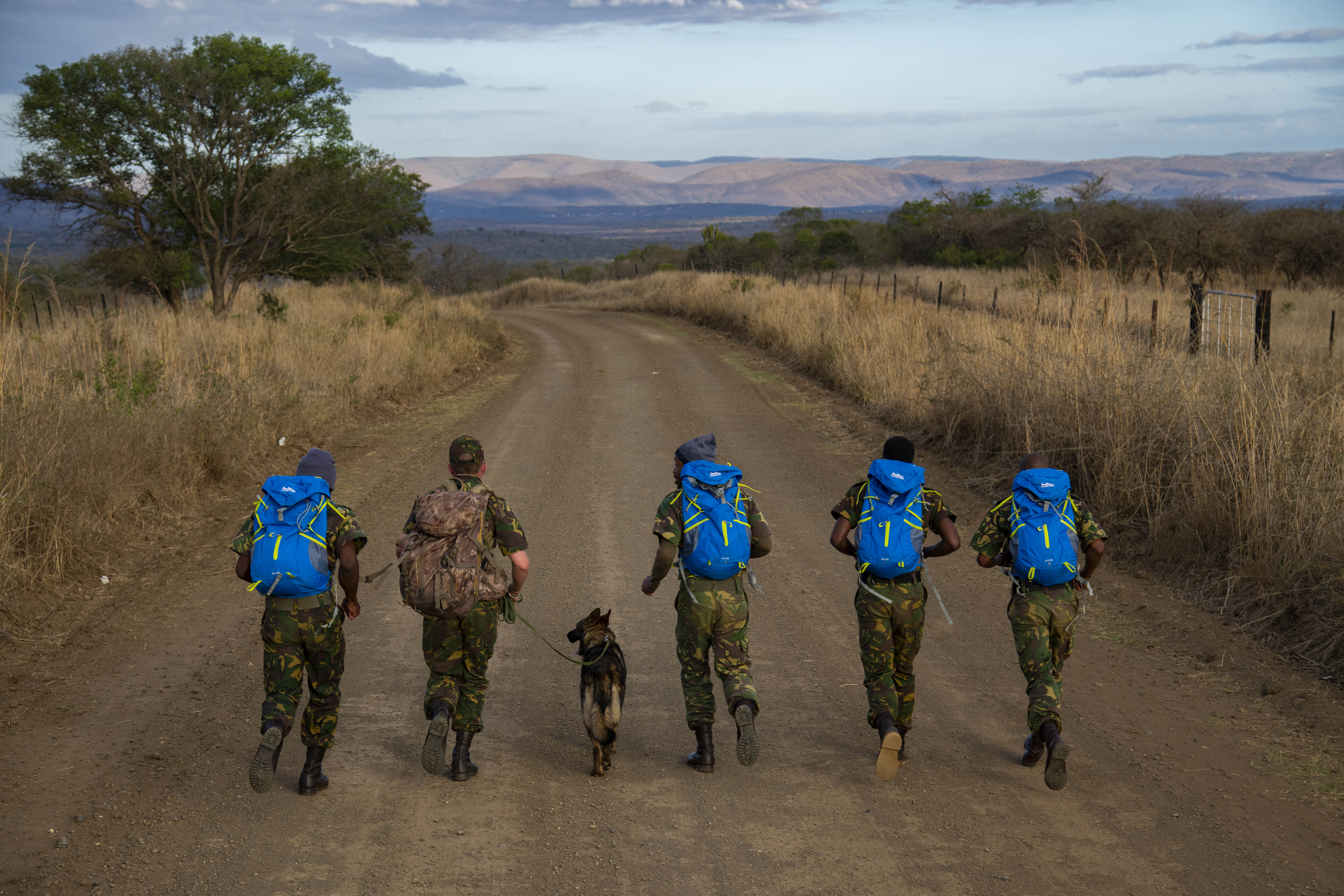 This year, Somkhanda Community Game Reserve rangers once again joined more 124 ranger teams across Africa in the 2021 Wildlife Ranger Challenge, which was launched in July ahead of World Ranger Day on the 31st.  The multi-million-dollar fundraising initiative culminated this weekend on the 18th of September in a 21km run – in full ranger uniform – across the varied and challenging terrain of Africa’s Protected Areas.

This event has had a build-up of activities done by the rangers and their supporters which included push-ups, sit-ups and wildlife quizzes. Through this campaign, TUSK together with Natural State in collaboration with leading Ranger Associations and an independent Steering Committee, hope to raise funds to support thousands of the men and women on the frontline of Africa’s protected areas, safeguarding the continent’s iconic wildlife for years to come.

Before embarking on their run in the afternoon, the Somkhanda team first had a full day rhino dehorning operations.  This was symbolic of the type of pressures our rangers are up against on a regular basis. Poaching incidents were recorded as being on the increase since the start of the Covid-19 pandemic, and for this reason, TUSK together with its partners started the Wildlife Ranger Challenge – to assist in raising funds and awareness to keep our rangers employed and sustain their livelihoods, while they protect our wildlife.

Our team was made up of 5 rangers, Sibusiso Mathe, Robert and Sanele Mabaso, Vincent Gumbi as well as Pierre Barau running with his dog Vodka, one of the dogs from the PAMCo K-9 unit. These rangers support part of Somkhanda’s Specialised Anti-poaching unit who face challenges on their day-to-day work on the reserve. “Running the 21km Wildlife Ranger Challenge was exciting as I felt like I was making an added contribution to my daily duties. The fitness exercises leading up to the challenge made me feel like I was prepared and ready to take on other teams taking part across Africa. I was very happy to represent my community and reserve,” comments Sibusiso Mathe, ranger at Somkhanda.

The Somkhanda team finished their 21km race in a time of 03:02:21 which was an incredible effort considering they had been tracking, darting, dehorning and collaring rhino all day. The team showed the same grit, strength, and determination as they do in their daily duties, and their efforts have not gone unnoticed.

WILDTRUST CEO, Dr Roelie Kloppers comments, “The protection of our collective heritage and biodiversity lies in the bravery and determination of our rangers. These men and women are also fathers, mothers, community leaders and the inspiration of the youth from their communities. The WILDTRUST salutes them and we are grateful to TUSK for once again including our Somkhanda team in this fundraising initiative.”

Supporters of the Somkhanda Community Game Reserve can still show their support and donate to these efforts until 30 September 2021. Simply click here and make your contribution https://www.justgiving.com/fundraising/somkhanda-game-reserve-wildlands-2021