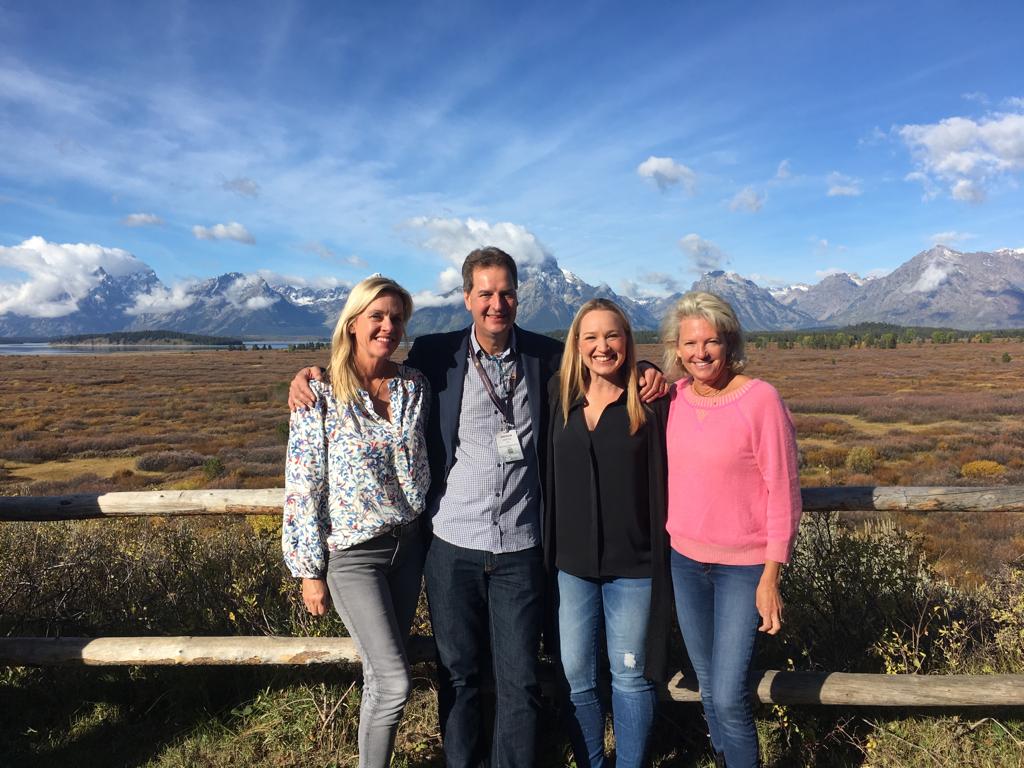 The Jackson Hole Wildlife Film Festival, now called Jackson Wild – has been running for over 25 years and has become known as the definitive wildlife documentary film festival on the globe, expanding its reach and impact year on year.

“The screening of Our Oceans: Shark Sanctuary at Jackson Wild last week was a resounding success,” said Lauren van Nijkerk of WILDOCEANS. “There weren’t enough chairs to seat everyone that arrived to view it and the room was overflowing with ocean lovers.”

The feedback from the audience was overwhelmingly positive and the bulk of the comments spoke to the hope linked to the youth movement that are standing up for their oceans, their sharks and their heritage. The audience also commented on the marine protected area thread that runs through the film and asked about the progress being made in advancing the protection of SA waters, which is clearly very positive and gaining momentum.

“It was really such a privilege to be given this platform to screen our film amongst award winning filmmakers and their ground-breaking films, and a huge thank you must go to Empowers Africa for making this possible,” said van Nijkerk.

“Jackson Wild is special,” commented WILDTRUST CEO Dr. Andrew Venter. “There is no doubt that it is driving a fundamental shift in the way that environmental filmmakers conceptualize and deliver their projects. Given the unprecedented rate of environmental and social change that we are experiencing, the drive towards impact film making is directly relevant. I have no doubt that Jackson Wild’s legacy in this regard will be felt for generations to come, as they direct the most talented environmental film makers on the planet towards this outcome.”

The week prior to Jackson Wild the Our Oceans team were delighted to find out they were awarded “Best Feature Film” at the Ireland film Festival.  Upon accepting the award Dr. Venter said – “We really appreciate the support of the Ireland Film Festival in getting the message out to the world that these species, these systems and our oceans need to be protected.”

The Our Oceans film is currently only available to be viewed on the film festival circuit, but the good news is that the film will be screened in Johannesburg this Saturday – the official South African premiere. The Jozi Film Festival is Johannesburg’s longest running multi-genre film festival, now in its 8th year and will be screening Our Oceans at 7pm on Saturday the 5th of October. Tickets are only R50 and can be purchased online or at the door www.quicket.co.za/events/83259-jozi-film-festival-at-delta-park-environmental-centre/.

Visit the screenings page at www.ouroceansfilm.com to find out about a screening close to you.