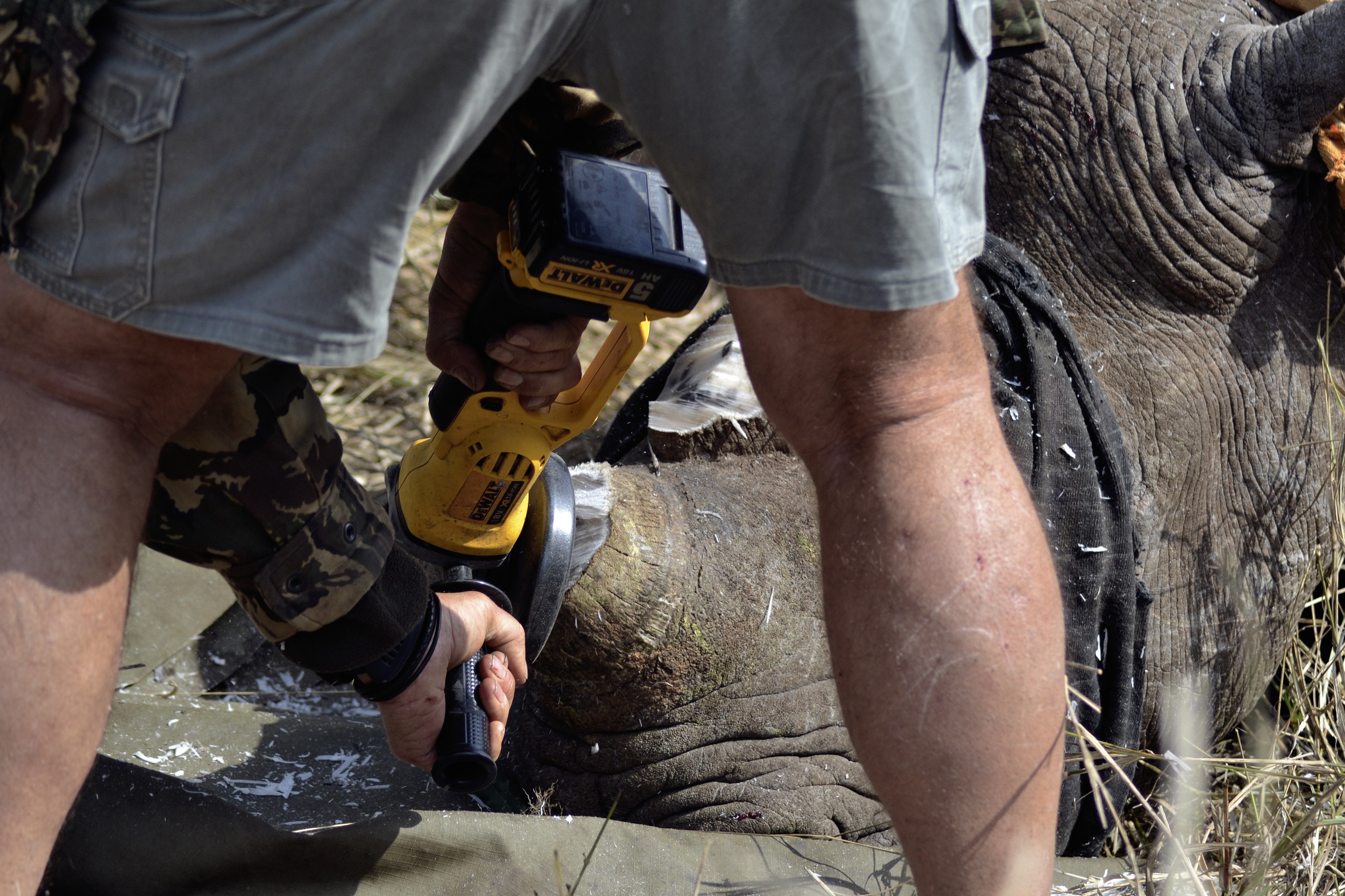 The wildlife experience has become a key driver for the WILDLANDS fundraising campaign incentive and has enabled the dehorning and collaring of both black and white rhino on Somkhanda for the past 3 years. 8 Mile Club swimmers that sign up to take part in the aQuelle Midmar Mile and the Comrades Marathon runners who select WILDLANDS as their preferred charity, raise funds for rhino conservation.

Collectively, the Comrades runners and the 8 Mile Club swimmers raised an amount of just over R600 000 for the WILDLANDS rhino conservation projects.

Three rhino were dehorned and the group were privileged to spot buffalo as well as the Somkhanda lion pride, vultures, kudu, impala and inyala.

“It was awesome to see how the experienced conservation team efficiently and professionally go about their business in helping to make Somkhanda a reserve of choice to visit, that will be accessible to everyone as well as assisting communities and wildlife to survive side by side. The 8 Mile Club is proud to be associated with WILDLANDS and support the fitment of tracking devices to rhino, elephant, lion and other animals as well as the dehorning of rhino,” commented, Stan Kozlowski, 8 Mile founder.

“I cannot describe the range of emotions I experienced at Somkhanda; I will forever be changed. The work being done is just incredible. WILDLANDS is truly an inspirational charity to support. Thank you for all you do and thank you for making me part of it,” Justine Rae, WILDLANDS top fundraiser added.

“For me, this weekend was filled with entertainment, education and information. We were informed about the dangers of plastic to wildlife. I found this resonated with me the most as the Comrades event is exploring alternatives to plastic sachets to reduce our environmental footprint during the race. We will continue to engage with WILDLANDS, the runners and sponsors to try find a solution,” Keletso Totlhanyo, Comrades GM commented.

“The support we receive from the fundraisers and donors enables us to carry out vital work to reduce the poaching risk of these iconic species and assists in securing rhino populations for future generations,” Izzy Rowles, Somkhanda Community Reserve Tourism concluded.

WILDLANDS remain one of the 6 charities that benefit from the Comrades Marathon and the aQuelle Midmar Mile. Look out for the opening of the Comrades entries in the next month or so to become a WILDLANDS runner. To support our work at Somkhanda Community Game Reserve, visit http://wildtrust.co.za/somkhanda/