Choose to Recycle – Make a difference 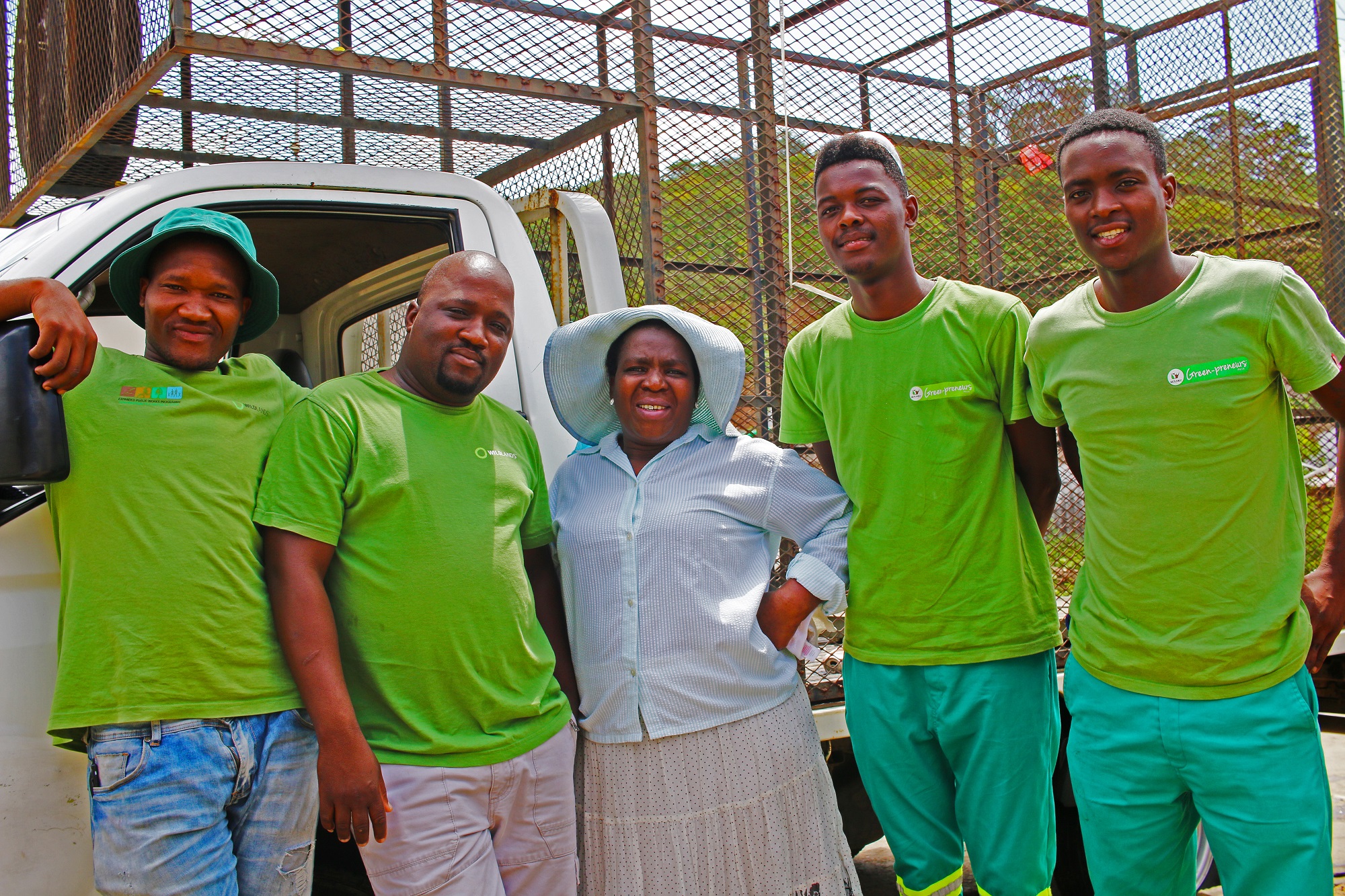 The WILDLANDS team recently visited one of its’ Waste-preneurs, a super collector and active community member of Cato Manor, Durban. The aim of the visit was to assess the Waste-preneurs’ journey, how it has changed her life and what she thinks the waste management solutions are in communities such as hers, in South Africa.

Waste has become a major talking-point worldwide and through the WILDLANDS’ Recycling for Life initiative, communities of informal settlements such as Cato Crest, near Cato Manor have started seeing the benefits of choosing to recycle. This Waste-preneur model aids these communities and individuals to create much-needed income for themselves and their families, while cleaning these environments.

The Cato Crest community is situated near the Umkhumbane river. This river feeds into the Umbilo river which cleans out into the Durban Harbour. Due to the lack of service delivery in this area, the waste that this community generates accumulates and ends up in the river which then flows downstream, ending up in our oceans.

Glass and plastic currently dominate the river banks of Cato Crest. According to Hanno Langenhoven, WILDLANDS Recycling Operations Manager, KZN imports about 20 000 tons of glass and out of that only about 1 000 tons are sent back to source for recycling, which leaves 19 000 tons of glass behind in our environment, every month in KZN alone.

“The various materials found along the river bank and in the river include PET bottles, plastic, multi-layered flexible packaging as well as building rubble. These cause our river systems not to function properly, reducing the quality of life and negatively impacting the lives of the communities that live here,” says Langenhoven.

Sindisiwe Sebotsa, a concerned and active member of the Cato Manor community was particularly alarmed at the waste in her community in October 2017 when Durban was hit by a massive storm.

“I woke up got dressed, had my gum boots on and headed for the streets and the nearby river as there was so much waste washed down by the floods. There were so many plastic bottles that some of them were blocking the sewage pipes. That was the day I decided to start collecting the plastic bottles and other recyclable waste. There was so much waste and the bottles I collected were so much that I wondered what I was going to do with them,” Sindisiwe Sebotsa explained.

A friend in Sindisiwe’s community told her about WILDLANDS and since then she has not looked back in trying to keep the environment clean. Sindisiwe has collected over 4 000kgs of waste in a period of a year since she joined the initiative. She continues to encourage and inspire her neighbours to also get involved and make a difference where they can.

With her money earned from collecting waste, she has improved her earning power as she bought 2 Wendy Houses which she rents out in her backyard. She also obtained her drivers’ license.

WILDLANDS run a recycling depot adjacent to Cato Manor, which collects about 1 240 964kgs of waste annually.

You can also make a difference by choosing to be responsible and recycling your waste. WILDLANDS have recycling villages and depots in Pietermaritzburg, Howick, Cato Manor and Richards Bay. Visit www.wildtrust.co.za to find a recycling drop off point near you.